The Keys to Unlocking Your Leadership Potential 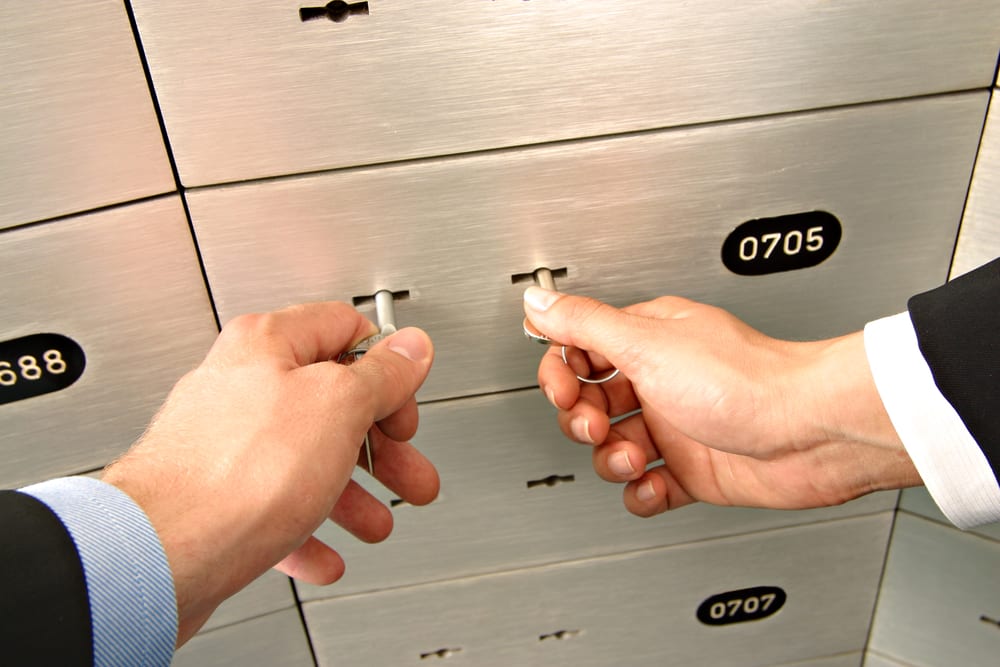 Banks have offered safe deposit boxes to their customers for over 150 years, and although fewer of us rent these boxes anymore, the safe deposit box is the perfect metaphor for what needs to happen when leaders want to move forward in their careers. When you picture a safe deposit box like the one in the photo accompanying this post, you notice that it has two locks and two distinct keys that must be used in tandem to open the door. One key is held by the bank and the other is issued to the customer who has rented the box and owns the contents.

Back to the safe deposit box metaphor. Certainly we can agree that the company holds a key to any promotion. After all, the organization’s leadership must offer the new role to the leader. The leader’s boss and those in executive roles in the company need to support the promotion. The company, much like the bank, must provide its key if a leader is going to be promoted.

On the flip side, just as customers must bring their keys to the bank if they hope to access their safe deposit boxes, leaders need to do their part to open the door to a promotion. It is not enough to sit back, work hard and wait to receive; rather the leader must voice interest, develop allies and demonstrate the required competencies for the role. Doing those three things is tantamount to providing the second key that is required to unlock the door to promotion.

First, and often overlooked, is the importance of voicing interest in a new role. I can’t tell you how many times I have heard an executive tell me that there is someone they see as high potential for a more senior role in the organization, but then they add something like, “I’d love to promote Jon, but I don’t know if he wants that role. He has never voiced interest.”

Whether it is at an annual performance review or in a development meeting with your immediate boss, be sure you let the organization know that you are excited to move forward and what types of roles you are interested in; don’t be shy!

In addition, it is important to develop allies who can help you unlock the door to the promotion you seek. Find a mentor who has made that leap already and can tell you how to do the same. Think about who can be a sponsor for you as you look to move forward in the organization. Spend the time to build relationships that will serve you in the new role once you are promoted. Build your brand internally so you have champions at every turn.

Finally, you need to demonstrate that you are the leader that is best suited for the role. Show that you have the skills and competencies needed for the bigger role you seek. Think strategically, consider the enterprise-wide effects of decisions you make and focus on developing your successor. Having someone in line to back fill your role when you move up can help unlock the potential promotion you seek.

Remember that being promoted depends on two keys – the company’s and yours. It will take both working in tandem for you to move up in the organization, so if you want to unlock your leadership potential, be sure to do what you can do to provide your key.

When you sign up, you also receive a FREE chapter from Debby’s book, The Art of Self-Promotion